Could we ever see a cashless society in the UK?

Home » News » Could we ever see a cashless society in the UK?

Could we ever see a cashless society in the UK?

As we head towards a more cashless society in the UK, does New York’s ban signal that attitudes towards cash are changing?

New York City council have voted to ban so-called cashless businesses from operating in the city. The ban will see New York join San Francisco and Philadelphia as cities which require all brick and mortar stores to accept cash payments.

But, as we’ve been increasingly heading towards a more cashless society in the UK, does New York’s ban signal that attitudes towards cash are changing?

Cashless and the consumer

Since the arrival of contactless cards in 2007, cash payments have been in decline. Despite initially being slow to take off, the ease of contactless transactions has made the payment method popular amongst customers these days.

In June 2019 there were 761 billion contactless transactions made in the UK, compared to just 81.2 billion in July 2015. And, as cash payments have decreased in popularity, businesses and infrastructures such as public transport systems have moved away from accepting notes and coins.

In July 2014, one of the biggest moves to cashless in the UK was revealed. Transport For London announced that all TFL buses would no longer accept cash payments. The move was attributed to a sharp drop in the numbers of cash payments made by travellers, with customers opting to use an Oyster Card or contactless card as a payment method.

For people without access to a bank account, cash is their only means of making a purchase, which, is exactly what the New York ban aimed to preserve.

And with 1.3 million people in the UK without a bank account, the ability to pay in cash is essential.

For businesses, charities and retailers, there are a few clear drawbacks to accepting cash payments.

Having to keep track of how much money is entering and exiting the till, ensuring cash counts are conducted correctly, the possibility for employees to take from the till and the risk of storing cash in your property are all downsides to managing physical cash as a business.

Add on to that the need to physically take cash to a bank to be paid into your business’s or charity’s bank account and it becomes understandable why some establishments may opt to go cashless.

With no physical cash exchanging hands these risk factors are mitigated. However, there are drawbacks to a cashless society to businesses as well as consumers.

Without a cash alternative for payments, banks would be free to hike up processing fees because there’d be no competition or alternative methods.

And, of course, if you completely remove your customer’s ability to pay by cash then you’ll be losing out on the custom of the 3.5 million people in the UK who rely on cash for their everyday spending.

So, while there are no plans to follow New York’s example and ban cashless businesses in the UK just yet, it also would seem that a completely cashless society in the UK is still some way off.

Catering to both cash and cashless transactions is the safest way to proceed in the current retail economy. Get your business or charity equipped for contactless and chip and PIN payments with RSM 2000’s card payment services. 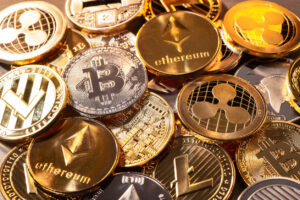 What is a Crypto Wallet?

Since Bitcoin was created in 2009, cryptocurrency has become nothing short of a phenomenon. Over the years, especially recently, the popularity of cryptocurrency and blockchain 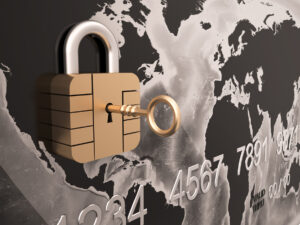 How to Protect Yourself From Bank Fraud

Anyone who has been the victim of bank fraud knows full well how problematic and frustrating it can be. But do you know how to

How Can we help you?